Pantone declares a shade of green the colour of 2017

Pantone, the world-renowned authority on colour, has revealed its colour for 2017, and it's green! At See Green, we love Pantone, not just for the colours, but the fact that Pantone in itself is such an iconic brand.

PANTONE 15-0343 Greenery has been called a fresh and zesty yellow-green shade that evokes the first days of spring when nature’s greens revive, restore and renew.

Illustrative of flourishing foliage and the lushness of the great outdoors, the fortifying attributes of Greenery signals individuals to take a deep breath, oxygenate and reinvigorate.

The Color of the Year selection process requires thoughtful consideration and trend analysis. To arrive at the selection each year, Pantone’s color experts at the Pantone Color Institute comb the world looking for new color influences.

This can include the entertainment industry and films in production, traveling art collections and new artists, fashion, all areas of design, popular travel destinations, as well as new lifestyles, playstyles and socio-economic conditions.

For 17 years, Pantone’s Color of the Year has influenced product development and purchasing decisions in multiple industries, including fashion, home furnishings and industrial design, as well as product packaging and graphic design.

Past selections for Color of the Year include: 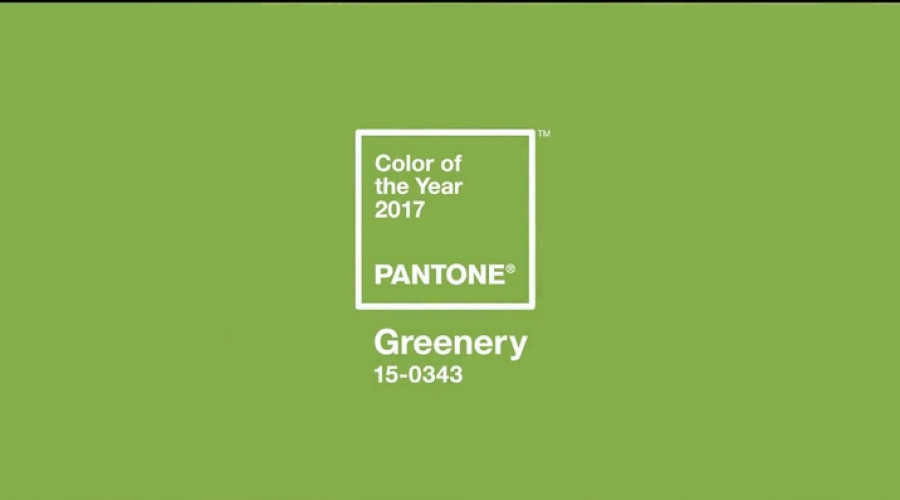