Handing in your notice at a well paid role to set up your own company - on the same day your wife tells you she's pregnant with your first child - is always going to be make or break for a fledgling business owner.

That’s just what happened to Dan Taylor when he set up See Green back in 2008. Ten years on and we've got our own offices on Clifton Moor, a fantastic team, and an ever-growing portfolio.

Dan left a top Leeds-based creative agency to set up the company from home whilst wife Anne was also at home with their daughter Abigail, now also 10.

Dan said: “It was an interesting time, finding new clients and becoming a new dad - it certainly motivated me to get work in!” After maternity leave, Anne made the decision to join See Green along with fellow Director David Forster.

Anne said: “We’ve had a successful ten years in business, and it’s quite a milestone to achieve. Starting a business in 2008 was always going to be challenging, and even more so with both of us running our own business. In the past ten years we’ve had another daughter, Edith, now 6, Dan had surgery to remove his stomach to avoid genetic cancer, we’ve grown our portfolio, completed over 1,200 projects for our clients, we manage over 500 domain names and regularly have over a million people visiting websites we’ve created each day, which isn’t bad going really!”

We're hosting a party for clients, partners and friends in September and we've recently completed our tenth pro bono charity website, for Canterbury Imagine, a book gifting charity in Bradford which ensures looked after children in deprived areas of the city receive a book a month through the post from birth to their fifth birthday.

Dan, who was born and bred in Bradford, said: “It’s a pleasure to help charities and we make a conscious decision to pick a charity each year to support. Often we work with York-based organisations but it was great to support a charity in my home city.” 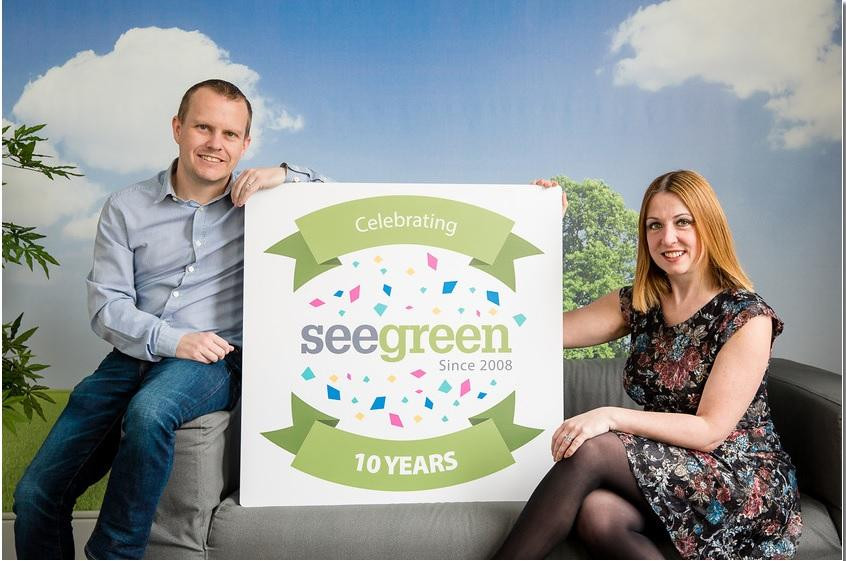